スマートフォン専用ページを表示
黒澤明 乱 黒澤明塾
See globally acclaimed directors Steven Spielberg, George Lucas and Martin Scorsese pay tribute to the late Japanese film director Akira Kurosawa. This tribute was organized by the Anaheim University Akira Kurosawa School of Film and was held at the Cherry Blossom Gala at the Beverly Hills Hotel on March 23th, 2009, on what would have been the 99th birthday of Akira Kurosawa.


Akira Kurosawa (March 23, 1910 - September 6, 1998)
Akira Kurosawa was the youngest of seven children, born in Tokyo on 23 March 1910. He has said that the first important influence in his life was a teacher called Tachikawa, who was progressive in his emphasis on art education for the young. This was how the young Kurosawa was introduced to art and film. A talented painter, he enrolled in an art school that emphasized Western styles. Around this time he also joined an artists' group with a great enthusiasm for nineteenth-century Russian literature, with Dostoevsky a particular favourite. Another influence was Heigo, one of his brothers, who loved film and worked as a benshi, a film narrator/commentator for foreign silent films. His suicide deeply affected the director's sensibilities.

In 1930 he responded to a newspaper advertisement for assistant directors at a film studio and began assisting Kajiro Yamamoto, who liked the fact he knew 'a lot about things other than movies'. Within five years he was writing scripts and directing whole sequences for Yamamoto films. In 1943 he made his debut as a director with Judo Saga (Sanshiro Sugata), with a magnificent martial-arts sequence in which two masters fight to the death in a wind-swept field, their flying limbs all but obscured by the tall swaying grasses. Consider the acclaim given to the similar fight sequences in Crouching Tiger, Hidden Dragon and it's obvious why in 1943 people began to talk about a young film-maker with a brilliant future.

His early films were produced during the Second World War, so had to comply to themes prescribed by official state propaganda policy. It was Drunken Angel which was Kurosawa's first personally expressive work, made in 1948 and featuring Toshiro Mifune who became Kurosawa's favourite leading man. The director has noted "In this picture I finally discovered myself".

For those who discover Kurosawa, they will find a master technician and stylist, with a deep humanism and compassion for his characters and an awe of the enormity of nature. He awakened the West to Japanese cinema with Rashomon, which won the top prize in the Venice Film Festival of 1951, and also a special Oscar for best foreign film. A golden period followed, with the West enthralled by his work. Seven Samurai was remade in the US under its alternative title The Magnificent Seven and the lone samurai hero Yojimbo was the inspiration for Clint Eastwood's man with no name persona, most obviously in A Fistful of Dollars. The intercultural influence was reciprocal. Kurosawa's fondness for Hollywood westerns in the John Ford tradition is seen in the epic sweep of Hidden Fortress, an award-winning film that inspired George Lucas to lift the plot for Star Wars. His love of literature also surfaced in two superb interpretations of Shakespeare (Macbeth in Throne of Blood and King Lear in Ran) and versions of Gorky's The Lower Depths and The Idiot by Dostoevsky.

Following Red Beard (Akahige) in 1965 he entered a frustrating period of aborted projects and forced inactivity and when in 1970 his first film in five years (Dodeska-den) failed at the box office, he attempted suicide. Directing a Soviet-Japanese production, Dersu Uzala helped him to recover and took four years to make. It won the Oscar for Best Foreign Film in 1975 and a gold medal at the Moscow Film Festival.

Kurosawa won multiple awards for many of his films, notably Kagemusha (1980), a deeply humanistic historical epic, and for the blockbusting Ran (1985). A true auteur, he supervised the editing of nearly all his films and wrote or collaborated on the scripts of most. His memoirs were published in 1982, titled Something like an Autobiography.

In 1989 he won an Oscar for Lifetime Achievement. At the age of 72 he said "I like unformed characters. This may be because, no matter how old I get, I am still unformed myself." Kurosawa died in 1998. 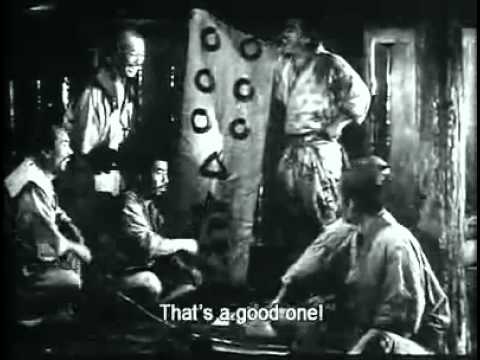 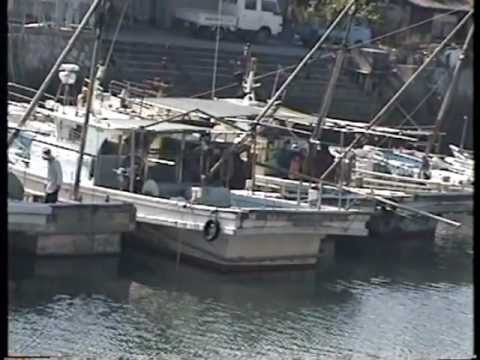